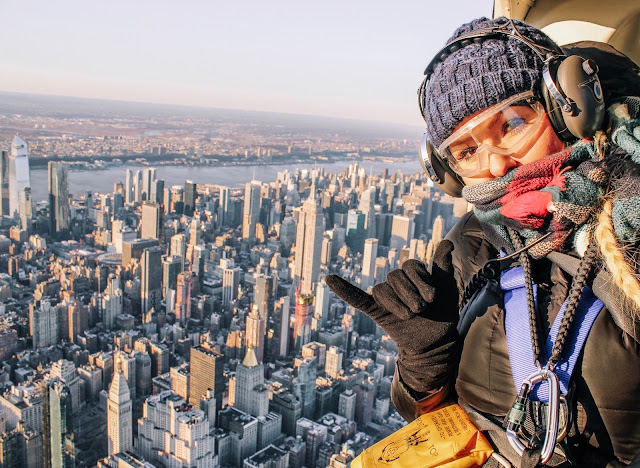 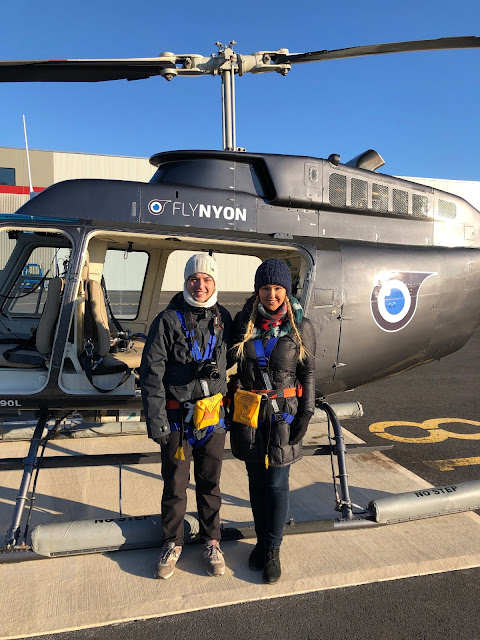 ok guys! the skinny on this helicopter tour. i had seen tons of photos online of these cool doors-off helicopter flights over manhattan. i had looked in to buying tickets but they were just too expensive. $250 per person was the base price for a 15-16 minute doors off ride over the southern end of manhattan, so lady liberty, one world trade center, etc, not even going above central park. it was just too much. we took a helicopter ride once before (doors on) in july in las vegas, flying from vegas to the grand canyon (like a 30-40 min helicopter ride one way), landing in the grand canyon, getting out taking pictures and having a picnic, and then flying back to vegas. i think those tickets were about $300 a piece so the nyc prices just seemed like way too much. flynyon has 35% or 25% or 15% coupons all the time, but even at 35% off that was $163 a ticket times two of us = $326 for just 15 minutes over the southern tip of manhattan, i just couldnt pull the trigger. i was following them on instagram and last black friday i saw a 50% off coupon. so essentially buy one ticket get one free! also their base flight price had been reduced from $250 to $220 per person. THAT seemed worth it. $220 for two seats for this 15-16 minute doors-off ride i could get behind. i REALLY wanted to go over central park, but the price to upgrade to that flight online which was 30 minutes in duration, was exponentially higher. again, just too much. so we stuck with the 15 minute flight over the southern tip of manhattan and were grateful for the great deal we got! by the way, these were "buy now, schedule later" flights too! so you dont even have to think about picking a day then and there, you could go any time of year, you could use your seats up to a year after purchasing. so smart of the company. also great for people who dont live here, let me buy this now and i will take a quick vacation at some point to nyc this year and will use this then!

anyways fast-forward to a couple weeks ago when i was my usual ADD-self wanting something fun to look forward to for the upcoming weekend. it was the middle of the week and so i called to schedule the helicopter ride for 2/9/19. i KNEW it would be freezing but i just didnt care. i was bored and ready to do it!

you get there like an hour and a half before your flight, you get safety briefed, etc, and then you get the upsell pitch.... some nice middle-eastern guys that say, "hey, we might have a couple spots on our 30 minute, central park included flight, let me see what i can do"  :::eye roll::: but you know i did want those central park views so we were open. daniel and i each had a number in our head that we were willing to pay to upgrade to the central park-included, 30 minute-long flight. for both of us for this extra 15 minutes and for the central park view i thought, well i would pay an extra $50-75 per person for this upgrade. so $100-150 max. daniel had $200 in his head. that was too much for me. the sales guys said $75 per person ($150 total). so we obliged. so when you add it all together, the total cost for our flights were $220 for the initial online deal, then $150 for the upgrade/additional 15 minutes and central park view = total cost of $370 for us both. $185 per person. that did not seem bad! but wait! there's more! im kidding there's not more. but the whole upsell thing did seem like they might be charging people different amounts depending on what they thought they could get out of you. so i asked some people that were in our flight, did you guys upgrade too when you got here from the 15 minute flight to the 30 minute flight? they did as well and were charged $50 a piece for the additional 15 minutes! SO! my point is, that if/when you go to book this, follow my guide above with buying online on black friday (or follow them on instagram because they actually do do 50% off coupons a few times a year i think--i know they are doing one now), buy the base 15-16 minute only package, then upgrade to the 30-minute flight when you get there for only $50/ticket. it can be done! so take advantage of it! so we could have spent a total of $320 for us both/$160 a ticket, but instead we spent $370 for us both/$185/ticket. but it was amazing and worth it and im not super mad or anything. we will DEFINITELY be doing this again!

things i didnt expect about the flight: it was surprisingly scary!!! i wish i had practiced turning 90 degrees for the "shoe selfie" when i was buckled in and we were on the ground. once you turn from your forward facing seat to the side to get those shots, the wind hits the sides of your legs so hard and you feel like the whole helicopter moves/is effected by your movement! it obviously just felt like you were just going to fall right out (i know you're thinking well yeah, DUH! LOL). it was SO windy so i know i would prefer the ride on a less windy day but im not sure if it ever feels less windy all the way up there. this is another reason i need to go again, to really get over my fear and get out on the ledge and take advantage of the doors off/legs hangin out feature!!
another thing i didnt expect: when they put the headphones on you that the pilot can talk to you through, they didnt turn my volume up (they didnt turn it up on anyones), and then when we got in the air i was so freezing and distracted and i didnt know which side the volume knob was on and i was trying not to fall out of the helicopter, i had so many things i was thinking about that i didnt have the capacity to try to figure it out up there, but i was definitely bummed i couldnt hear the pilot the whole time (i mean if there were an emergency i literally would have been screwed, lol!) So if you go make sure when they buckle you in and put your headphones on you ask them to turn the volume up! and then test the volume while you are still on the ground. our vegas pilot tested the volume before takeoff, so i wish they would have done that. just a heads-up!

anyways, im already ready to buy another great deal when it comes up.... i should also mention the cost to get to the hanger (in kearney New Jersey). we took public transportation (subway to One World Trade Center, then Path Train to NJ, then uber to FlyNyon) cost $50 combined/for us both round trip. an uber ride straight there to avoid the long travel time and all the transfers would have been $100 round trip for us both. we were happy to save the extra $50 bucks. anyways, here are some amazing pictures from our trip! again, looking forward to taking more/better ones, on our next flight! let me know if you have done this before, or any kind of helicopter ride, and what your experience was!!! 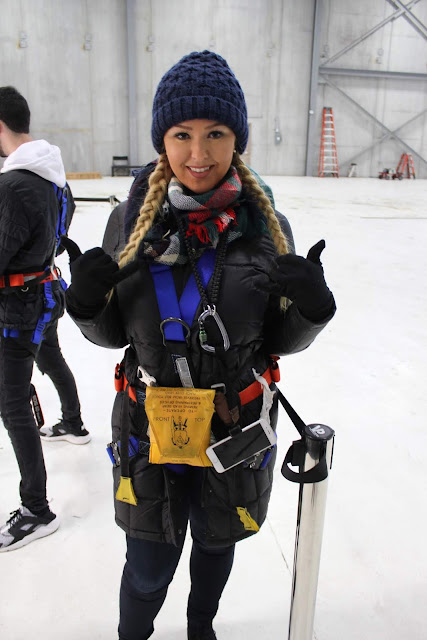 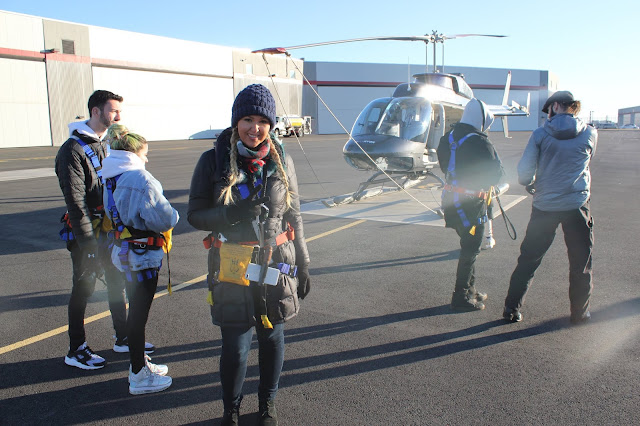 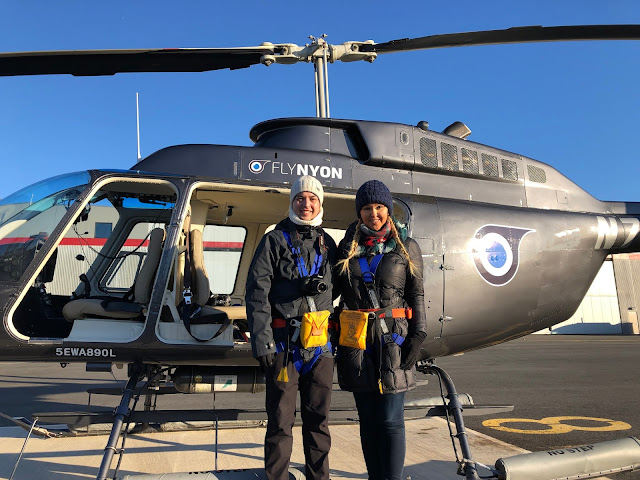 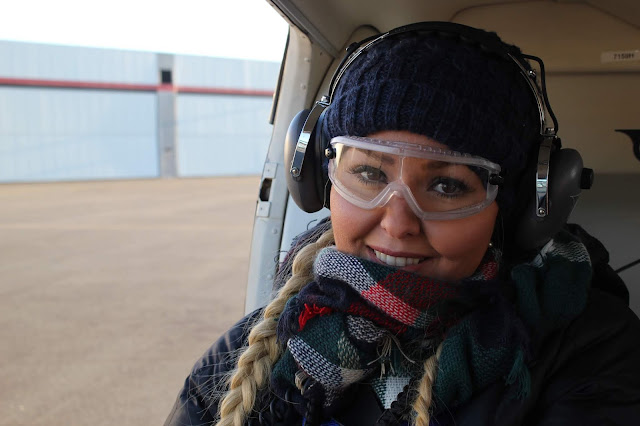 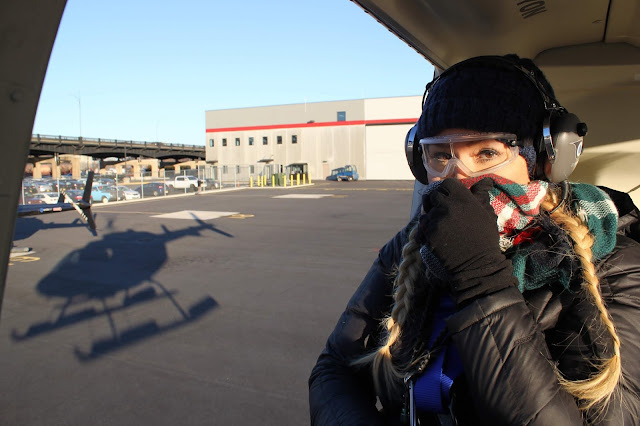 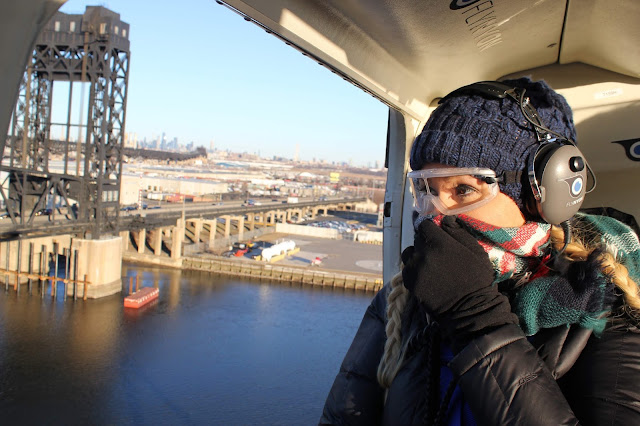 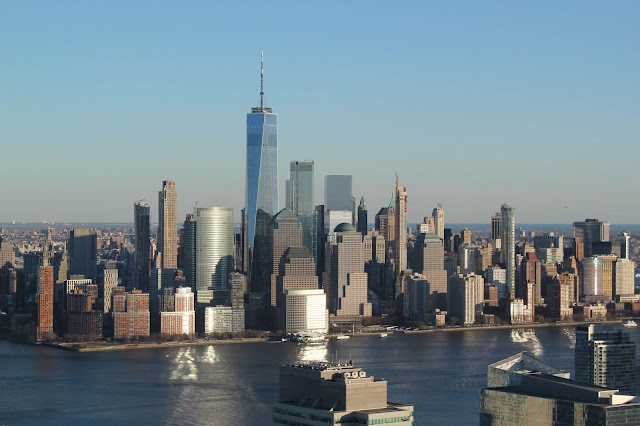 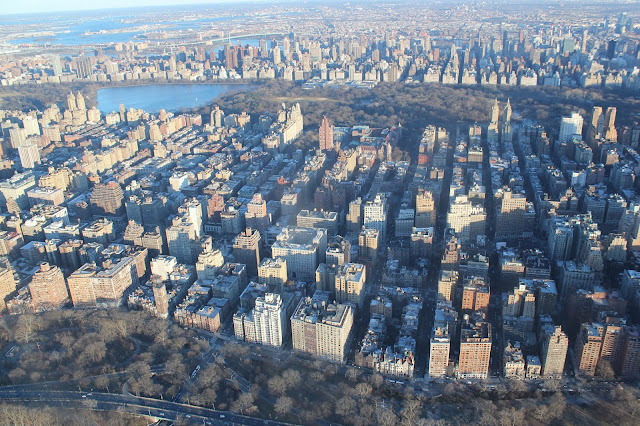 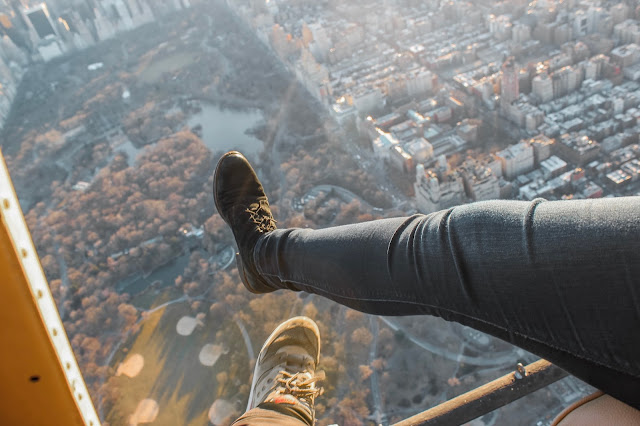 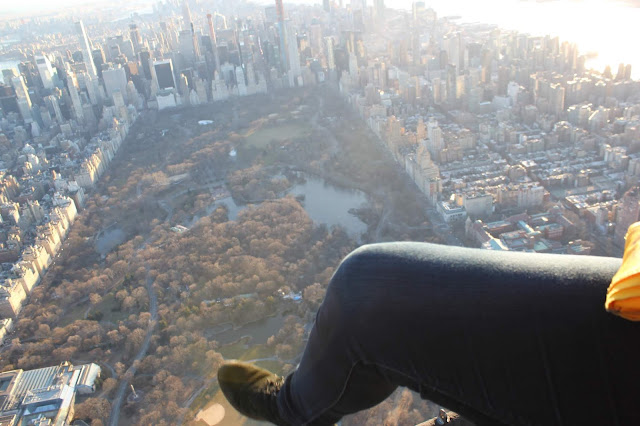 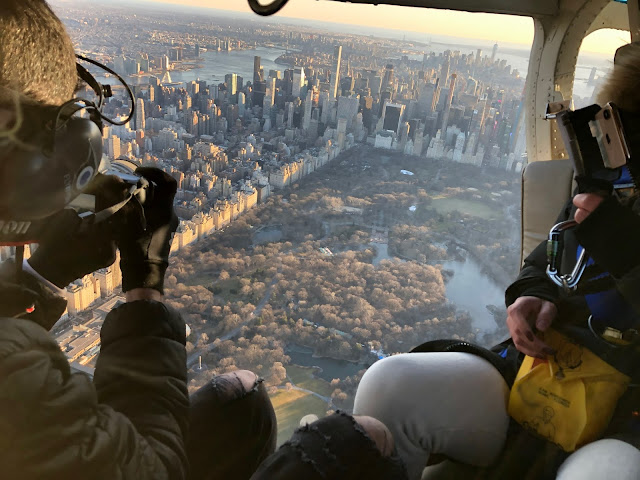 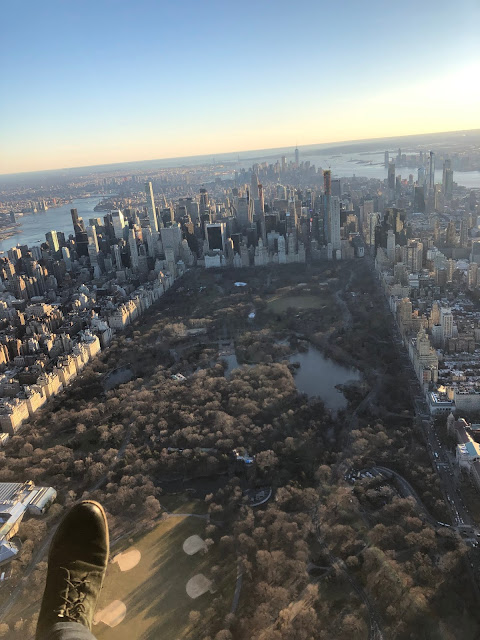 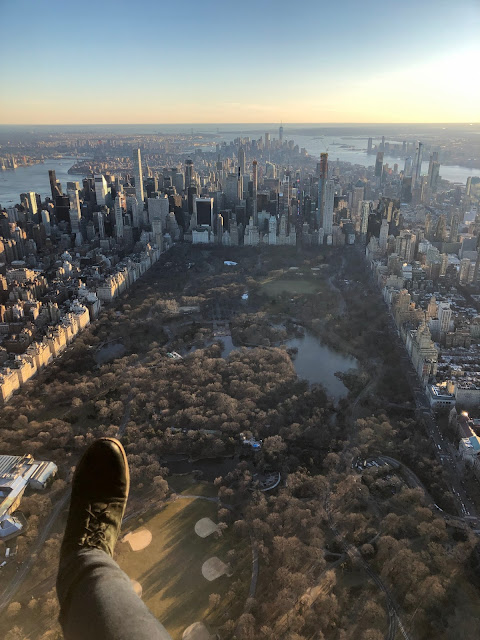 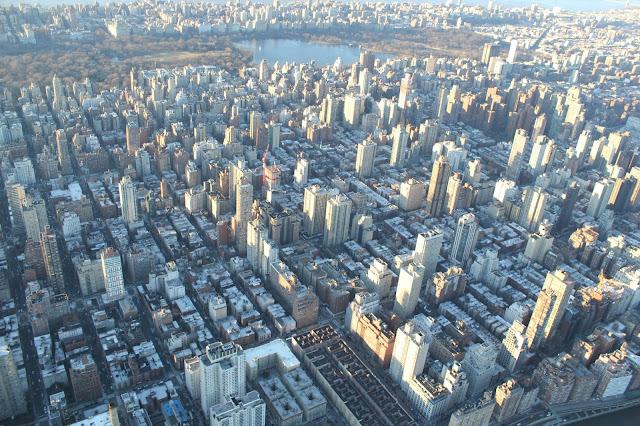 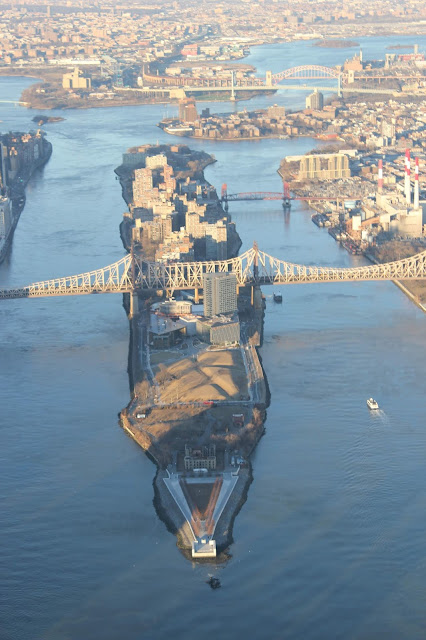 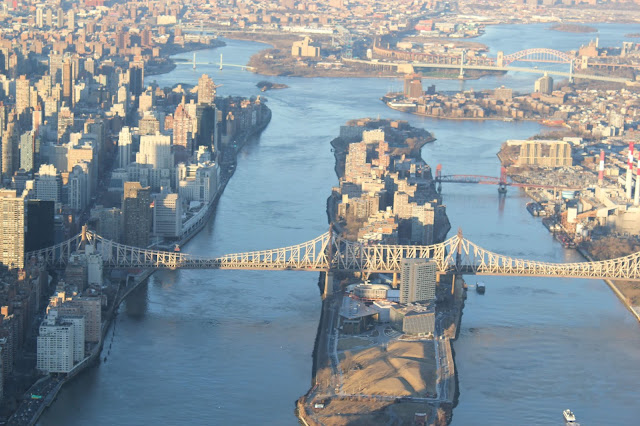 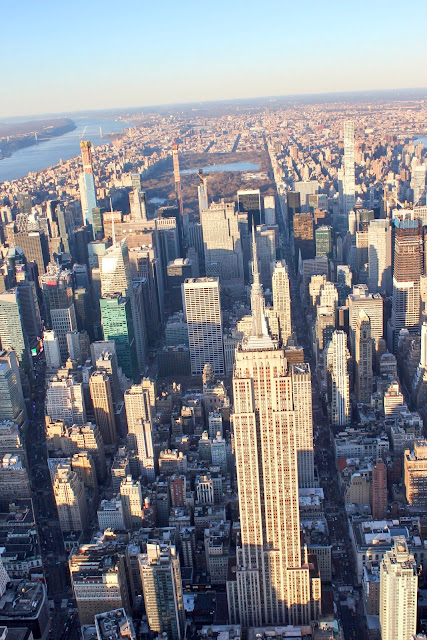 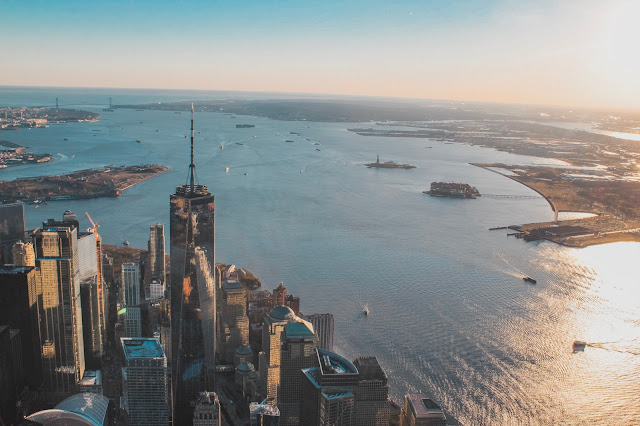 LOVE looking at the size of the statue of liberty here vs One World Trade Center, to think that lady liberty was enormous for her time and then to compare her to the height of OWTC.... love it.... 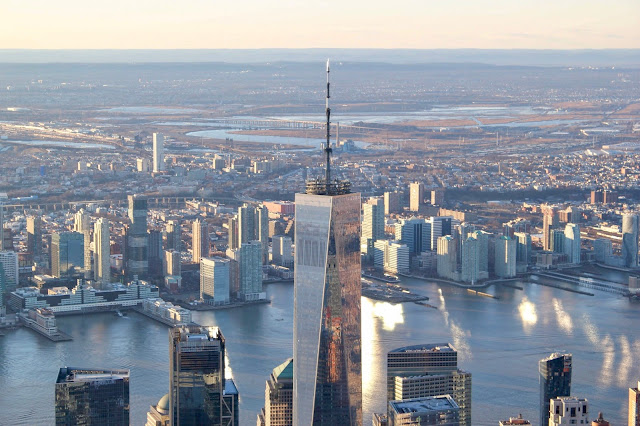 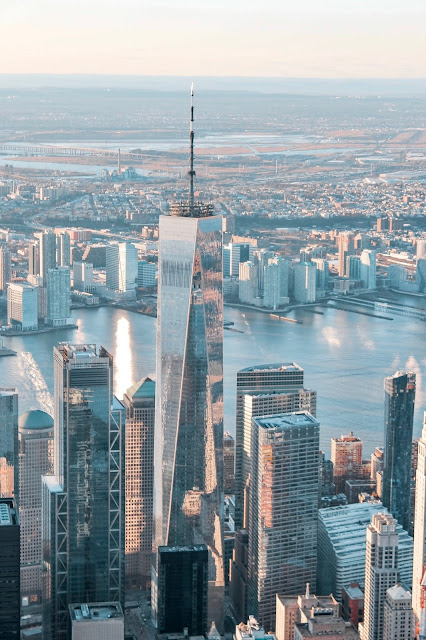 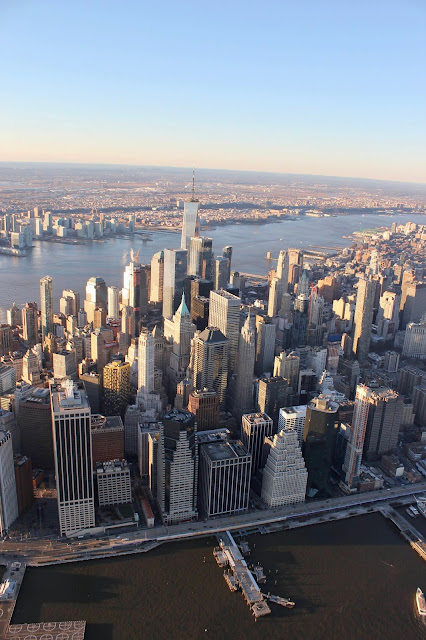 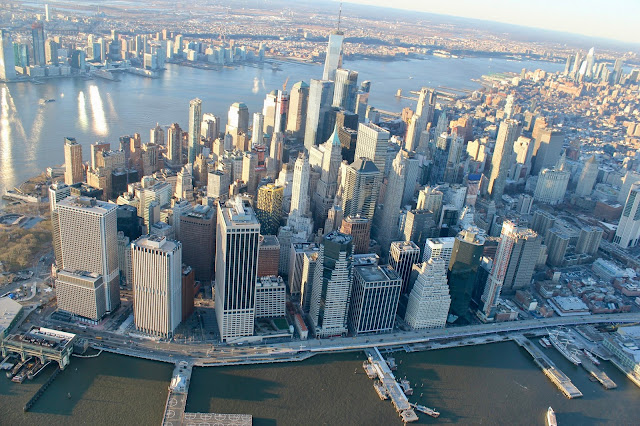 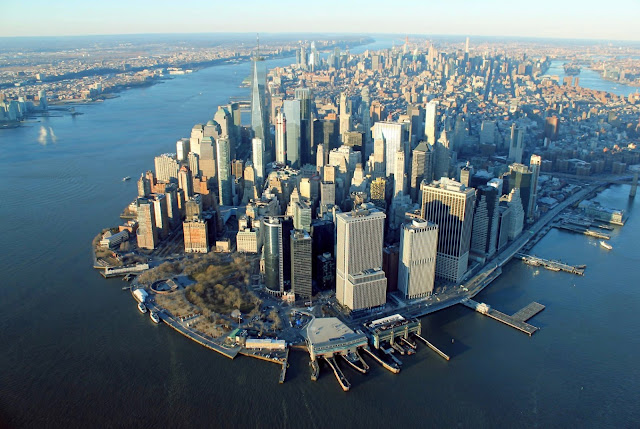 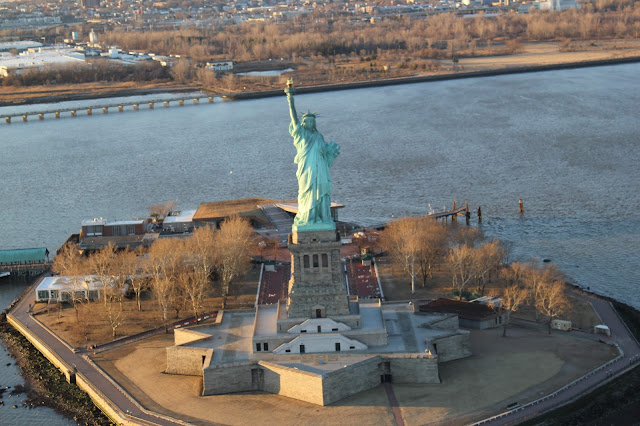 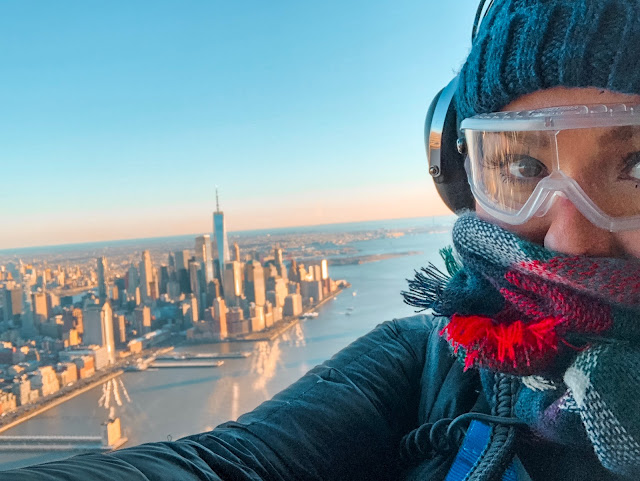 epic....
hope you enjoyed and would love to hear your experiences too!!!! 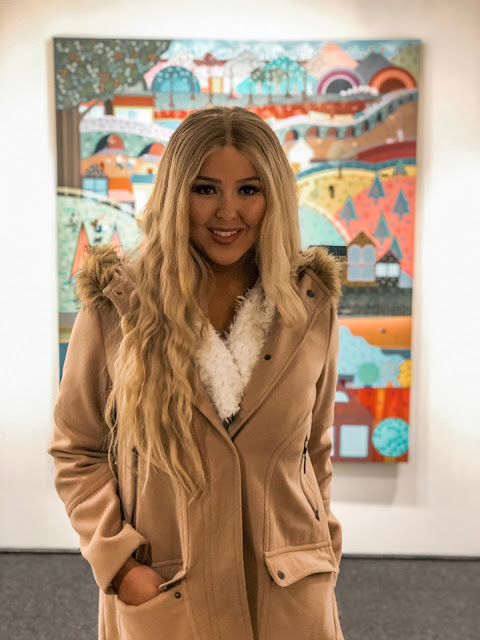 julianne
Hi! My name's Julie & I lived in NYC with my husband for 3 years. I wanted a guide of fun, different, things to do in the city when i first moved here, so figured I'd make one myself and share it with others. happy exploring!